Previously a list of great couch multiplayer games has been made, which mostly are geared for competition. But wouldn’t be interesting to have games that gear toward co-operation that is easy to pick up for even non-gamers?

Here are games that work well more than just co-op play. Ever need a to do team-building exercise for a group? Or maybe you need a more intimate team-building experience with a close friend or a significant other? Here’s some suggestions to help you.

This game practically inspired this post to begin with. Spaceteam is a free mobile phone game where you and up to three other players are part of a Spaceteam, whereby you need to work together to pilot the spaceship you are currently on board. Each crew member is in charge of a specific set of controls- knobs, switches, and the like- and from time to time, each member is given instructions to be done by the team.

The catch is these instructions are not tailored for the specific crew member. It could be for other members, or even yourself. The challenge comes in relaying all the instructions correctly, with a timer ticking. 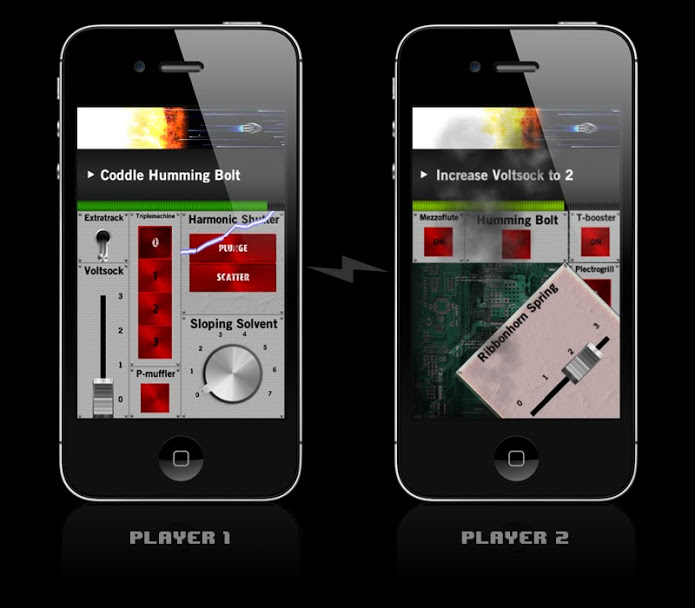 Protip: you can play with any combination of iPhone /Android device. Use a local hotspot- or create your own, to connect with each player.

Mashing buttons don’t help either, mistakes would greatly damage the ship, which causes certain buttons to malfunction and needed to be fixed, wasting precious time.

This game is great with friends, but can also work in a larger scale as well- as long as they have phone capable of running it, and have it installed. Group people into teams of 4 and let them all play out and see which group can survive the longest. I personally did this in an event I once participated, and it worked. Everybody loved it, and really did bring the team together. 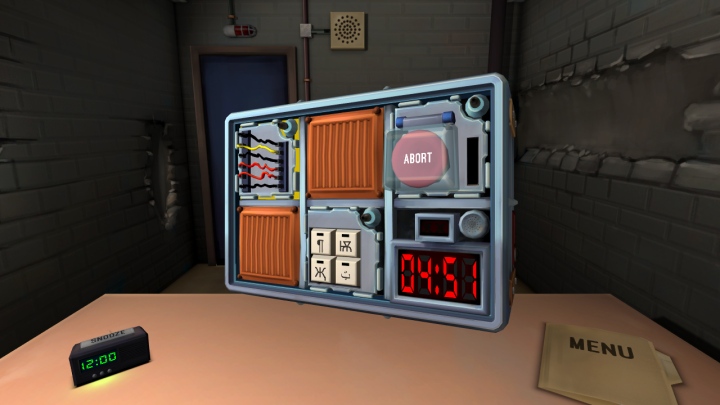 Don’t just stare at the bomb. Keep talking, and nobody explodes!

Keep Talking and Nobody Explodes

When this game was initially revealed as a product in a game jam last year, it personally sold me on Virtual Reality (VR). The game requires two teams, one person in charge of disarming the bomb- the diffuser. Problem is, the bomb is random for each game, and requires specific instructions from another team of “bomb experts”, equipped with a manual that you need to print out and use. They cannot see the bomb. The disarmer needs instructions from the experts. Keep them talking and nobody explodes.

Now available on Steam, this game is playable sans VR headset, as long as it is still set so that no one except the diffuser sees the bomb, or a least the bomb experts cannot see the bomb.

(initial pitch as a product of a game jam- final product is much more refined, but mostly the same)

Again, this game is all about communicating effectively, with limited time. They will be disturbance thrown out once in a while to mess with the players, and the bomb experts have to think fast and work out what is in the manual- especially first timers, as some modules (mini-puzzles the diffuser has to solve) are not as straightforward as others.

Lovers in a Dangerous Spacetime

While the first two games are kind of off-beat, this one is grounded in traditional videogaming experience. You and a friend are navigating a spaceship and must work together to operate it. Unlike Spaceteam, you are indeed controlling a ship, but you just don’t have enough hands to operate all the modules available, which comprises boosters, shields, and weapons. Work with your partner to save the space bunnies and defend from alien enemies, juggling between modules if needed.

This is basically a shoot-em-up, where you will be constantly moving to avoid hails of missiles, rockets and the like, but with a more relaxed pace, compared to the general “bullet hell” feel the genre usually brings.

even the mini-bosses look cute.

It’s cutesy artstyle, not-so-frantic gameplay is a great game to introduce to people who tend to not like the gritty, realistic games of today. The two-player experience also provides more intimate co-op experience, perfect for lovers- as the tittle suggest, or close friends and family members that can comfortably play this. 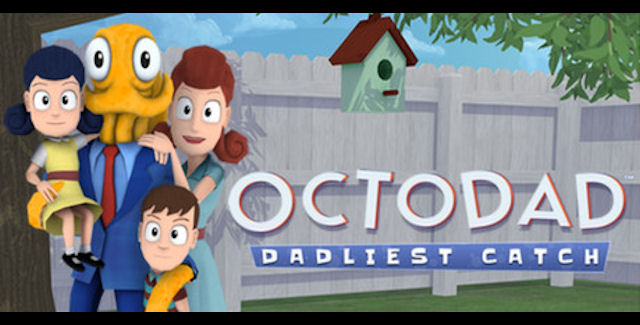 You may also call this Dad Simulator 2014 if you wish. The game is about a dad – who nobody suspects a thing that he may be an octopus- doing dad stuff like mowing the garden, cooking barbeque for the kids- yes, two of them in fact- and go shopping for groceries. Although enjoyable as a single-player experience, things get hectic in co-op.

The game has a catchy theme song. Octodad….Nobody Suspects A Thing.

Co-op take you and up to three friends controlling each of Octodad’s limbs. The finicky controls akin to QWOP is purposely wonky, which makes all the said mundane tasks challenging. Adding that you switch control of the limbs after each completed objective makes everyone to stay on the edge of the seat and not be complacent.

Do note, while earlier sections of the game is cheeky fun, later parts are hard and unforgiving. So don’t push your mates too far when the game gets frustrating, or the team-building exercise might backfire!

If you played Magicka as recommended from this list, you’ll be right at home with this. From the same developers that made Magicka, Helldivers takes on a sci-fi spin of Magicka’s formula of hectic multiplayer with friendly-fire always on. As a Helldiver, your mission is to ‘spread democracy’ of Super-Earth to all parts of the galaxy, including planets infested with starship troopers-esque aliens, and planets infested with dudes with psychic powers.

“Strategems” is equivalent to Magicks in Magicka. Do a button combination to summon supply drops. Certain mission objectives require this too.

The hecticness comes from managing resources- ammunition is extremely limited, and calling for re-supply requires an input command that will remind you of Dance-Dance Revolution, and then you have to be careful to not stand on the where the drop will land, or it’s insta-death.

It’s a twin-stick shooter. One stick for movement, one stick for aim. Be careful where you aim, friendly-fire is always on.

The game is mechanics-wise hard, as they are many things to juggle and take into consideration. Despite that, the game offers up to 10 difficulty levels, and levels are open-ended so you can plan to tackle any objective in any order. The weapons and tools you have in disposal are ridiculously powerful too, as long as it’s aimed at the enemies, not your friends. If your’e up for something challenging and seriously testing your teamwork, this is a good one too. Also, core gamers would also appreciate that there is a levelling system, and a loadout customisation, with weapon upgrades to choose.

Loadout customisation, levelling up and upgrading strategems. Helldivers has depth, something core players would enjoy.

This list is far from comprehensive, and there are plenty of more well-known games that have great co-op elements, from the AAA Destiny to the indie Rocket League. However, what is highlighted in the list are some unique elements that makes the each game worth recommending to test your mettle in teamwork in unique ways that other more popular games may not offer.

Have other games that are worth a place in this list? Why not share it in the comments below? Would love to see other titles that I might have missed out.