Here’s a pet peeve of mine: inverted controls.

I used to invert my controls. Up is down. Down is up. Invert Y axis.

Why? It is, well it was, the standard for console games at the time. I remembered wrapping around the concept of a first person shooter in 2000 by playing Red Faction. I don’t play PC games at the time, so I had never discovered Quake and Half-Life. Doom was ok, but there’s no Y-axis controls. This was my first foray to narrative-driven FPS. It was pretty good.

The first thing I did not get is why is it inverted. Until I made the connection by imagining myself pushing and pulling the character’s head. Makes sense. Even makes even more sense when piloting aircraft, which is how it is controlled in real life.

Then, after the jump to the 360/PS3 generation, suddenly all the controls default to non-inverted.

Every. Single. Game. By now default is the new default and inverted controls are being frown upon. Go back and play old games on the PS2 and you’ll probably start complaining about the controls.

Then, I noticed a Twitter friend who dispise the lack of X-axis inversion. It boggled me immensely until I popped back Final Fantasy XII on the PS2, which had both axis inverted as camera controls. That explains a lot, since the said person has a long history with JRPGs in general. 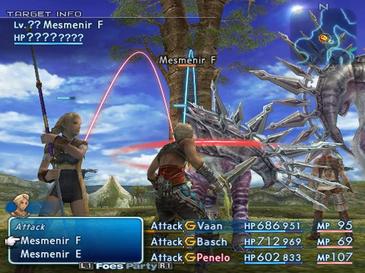 Instead of struggling to the options each time I boot up a first person game to invert, I gave up and learn to aim with default y-axis. If only we have a system-wide options to toggle that..

However, notice that most PC players uses the mouse without inverting (despite having the option)? My thoughts on this? Simple. We have been trained using the mouse as a cursor, move up to move the pointer up. So this is translated easy to PC controls, especially for FPS because there’s a pointer in the middle. So you naturally point up to move up.

Which in some ways, make sense too on the controller as well.

While I cannot do a research on how this trend started to crop up- the change from inverted controls as default to what we have now, but what I don’t get is how people just don’t understand why is it possible to play inverted.

The simple answer would be the standards of time dictated that.

Anyway, I am curious to find out how many of the readers here still invert your controls? Specifically on using gamepads and controllers. Leave your votes and comments down below.