Open World. These two words have become the buzzword of mainstream gaming in the 2010s, with a promise of huge environments to gawk at and explore and a potential many gameplay moments.

Unfortunately, these gameplay moments are either repetitive and uninspired missions, or sloppily placed collectibles that serves no purpose than just another checkbox to tick, which is a chore to collect and the rewards for collecting them not something worth except for achievement/trophy hunters or the completionist people out there.

Which is a shame, because open world, like the term randomly-generated (or its latest variant: procedurally- generated) has become a warning sign for some to indicate that a game isn’t worth the time. It is as if developers slap it in just so in the name of content and hoping players found something neat with the gameplay systems to make it worthwhile..when that is not the case.

As such, why not game developers and designers take a look back in the past and see how open world games can live up to its potential. 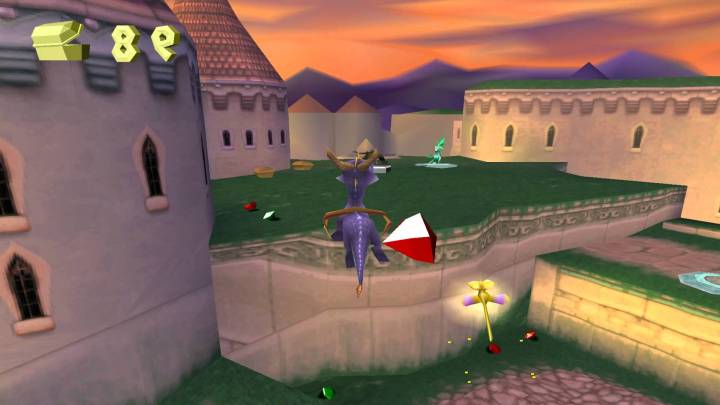 Learn from the past- 3D Platformers

3D platformers were the biggest genre back in the 90s. Super Mario 64 ushered in the use of 3D platformers and made a prime example on how these games can work in a 3D environment. The following major platformers then set the bar higher: from Rare’s output of Banjo Kazooie to Playstation’s Spyro The Dragon, 3D platformers were using 3D space to allow players to explore the world, and littered them with stuff to collect along the way. Hence, the term collect-a-thons being associated with the genre.

But this is what open world games nowadays didn’t get it. There’s a reason collectabiles in 3D platformers work. Reason 1: it acts as trails. Unfamiliar players use it as a guideline to follow along while experienced ones will just pick them up as they go.

Reason 2: it requires skill and thought to it. Some items are not just plopped in without a challenge or gimmick to face off. Some requires finesse and good button presses to nail tricky jumps. Some are tied to its own mini-game (like Spyro 2’s hockey and Spyro 3’s skateboarding). Some require understanding of mechanics. Jak & Daxter has some of its collectible only be reached if you can manage the eco meter well. Some harder collectibles are placed with care and thoughtfully planned out on how the sequence to reach it works and, again, not just something being plopped into the world to fill it with content.

And reason number 3: It is rewarding. Daxter pulls some sick moves or a silly animation each time you grab a the thing. More worlds can be opened up in Spyro if you collect most of the gems and  orbs. You can afford the RYNO quicker in Ratchet & Clank. This leads to reason number 4: the collectibles are tied to the world exploration. You are encouraged to explore every inch of the world and the levels are all designed to have the collectible be collected without feeling like it’s halting progress. You don’t stop from following a waypoint to a story mission just to collect something since it’s pinging, you’re going to another path that leads to interesting gameplay and once done, leads you back to the main path.

In a nutshell, open world games nowadays have diluted the well-crafted collect-a-thons cherished by many years ago. What supposed to be an opportunity to new gameplay moments or challenges are just throwaway stuff to fluff up a game without any care being put in. Open world games should take a page or two on making collectibles fun again as done by 3D platformers years ago.

Interestingly, Saints Row IV sort of adhere to these tenets. As they introduced superpowers, there’s collectibles scattered all over the place, but its fun to jump on buildings, takes some skill to collect them all efficiently in one go and those clusters you are collecting most of the time leads to skill upgrades, making it worth once in a while to go on a collecting spree. 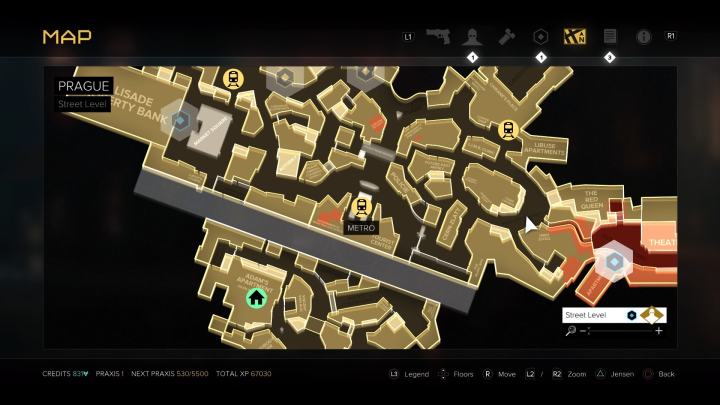 There’s been an arms race of comparing which game has the biggest open world. Map size comparisons are being made. X map is Y bigger than game Z is a selling point. But remember, quantity is not everything. If you have such an open space but struggle to put anything meaningful to the gameplay, will it be a good direction for a game? Maybe not so. No Man’s Sky 18 quintillion planets sure are a huge sum, but people bounced off the game really quick because the fundamental mechanics surrounding the game isn’t engaging enough. Plus, players were quick to discover repeat patterns.

Anyway, an interesting approach that still leads success in my opinion is the new Deus Ex series now spearheaded by Eidos Montreal. They don’t have an open world, per se, but the hub worlds are detailed enough to feel like a living world and the interactions that can be found is enough to keep you engaged with all the side quests you may encounter. The side quests here are interesting enough to make you see to completion just so that you can.

You could walk from one end of a hub world map to the other in a few minutes, but what it lacks in breadth, it makes up with depth, figuratively and literally. There’s plenty of NPC conversations, e-mail flavour texts, and other stuff to pick up to fill you in the lore of the world currently. Alternative paths and multiple storeys of building, including underground sewers area, makes the world just a 2D map splayed out, but has some depth to it.

If you can make your open world interesting and engaging to make players feel like exploring it more, you’re doing it right.

So what else can be implemented to stop people from feeling jaded with repetitive tasks in open world games? the gist of the two points here is make the world worth exploring, either by making the world interesting not just in aesthetics but in gameplay terms too or make everything attached to collectibles not only worthwhile, but requires some challenge rather than just effort.

But what other things that can be suggested? Would love to see some comments down here and get a conversation going around.